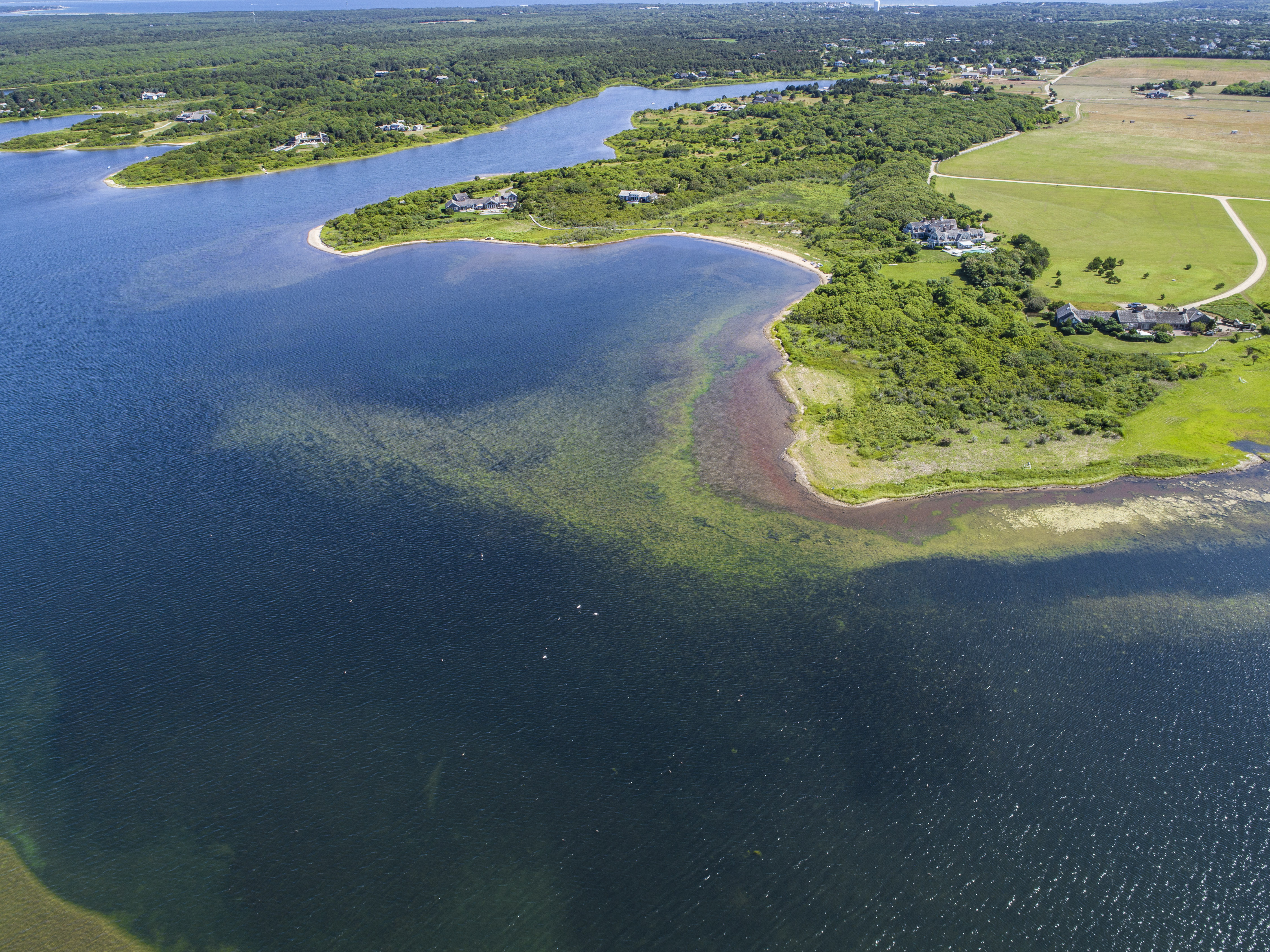 What is an algal bloom?

Under specific environmental conditions phytoplankton (microscopic single cell algae) and macroalgae (seaweed visible with the naked eye; as seen in 2018) may grow rapidly or be physically accumulated by currents in a localized area, leading to a “bloom.” Such blooms may be harmful, with either noxious (odor, appearance, decreased water quality) or even toxic impacts. Excess nutrient loading from land can spur phytoplankton growth. Specific phytoplankton or macroalgal species may be symptomatic of different levels of eutrophication (excess nutrients) or water quality impairment.

Harmful algal blooms, or HABs, occur when colonies of algae — simple plants that live in the sea and freshwater — grow out of control and produce toxic or harmful effects on people, fish, shellfish, marine mammals and birds. The human illnesses caused by HABs, though rare, can be debilitating or even fatal.

Understanding the type of algae that is blooming can help us combat a current bloom and also prevent future occurrences. Once the algae is identified, we can learn more about the cause of the bloom, as certain species of algae thrive in the presence of specific nutrients such as nitrate.  Once we know the type of algae blooming, we can create a plan to combat it.  Certain types of algae need to be removed manually, others can die off as a result of a change in salinity.

The algae that bloomed in Edgartown Great Pond in 2018 was a green filamentous macroalgae. The bloom started in the SE corner of EGP and spread northward to Slough Cove.  By the end of the summer the bloom appeared in many other places including Lyle’s Bay, Job’s Neck Cove, around Jacob’s Pond, near Boldwater landing, and at the head of Wintucket.  The algae was unpleasant in odor and appearance, but more importantly, it had a negative impact on the water quality of EGP.  Great Pond Foundation recorded very low and possibly detrimental levels of dissolved oxygen in the bottom water in the late summer and early fall.

Since the bloom has died off and the season has turned to fall, the healthy and expected levels of bottom water dissolved oxygen have returned.  At this point it is too early to tell if there will be longterm impacts to the health of the Pond as a result of this year’s bloom.  We remain hopeful that the resiliency of the ecosystem and the overall health of the Pond going into the 2018 season will allow the estuary to bounce back in 2o19.  We will keep monitoring the health of the Pond through our water quality monitoring program and will keep you posted as we learn more.

The short answer is that it is too early to tell.  Blooms are usually caused by the accumulation of excess nutrients.  Imagine the rapid growth of plants after they are fertilized. Prior to this summer’s macroalgal bloom, we had a decade of increasing water quality and ecosystem health due in part to effective Pond openings, winter dredging, and oyster restoration. Full details can be found in our February 2018 Report.

Over the last 10 years the amount of nitrogen, a key nutrient/pollutant that can cause algal blooms, has been on a declining trend and the overall health of the Pond had been increasing. Frequent algal blooms are indicators of ecosystem imbalance, yet the last time we had a bloom prior to 2018 was in 2008.  This suggests that there was a disturbance to the balance of the system, possibly an influx of nutrients, that caused the bloom.  We will be examining all available data this offseason and working to identify the perturbation of the ecosystem that caused this bloom.

One thought on “Algal Blooms”