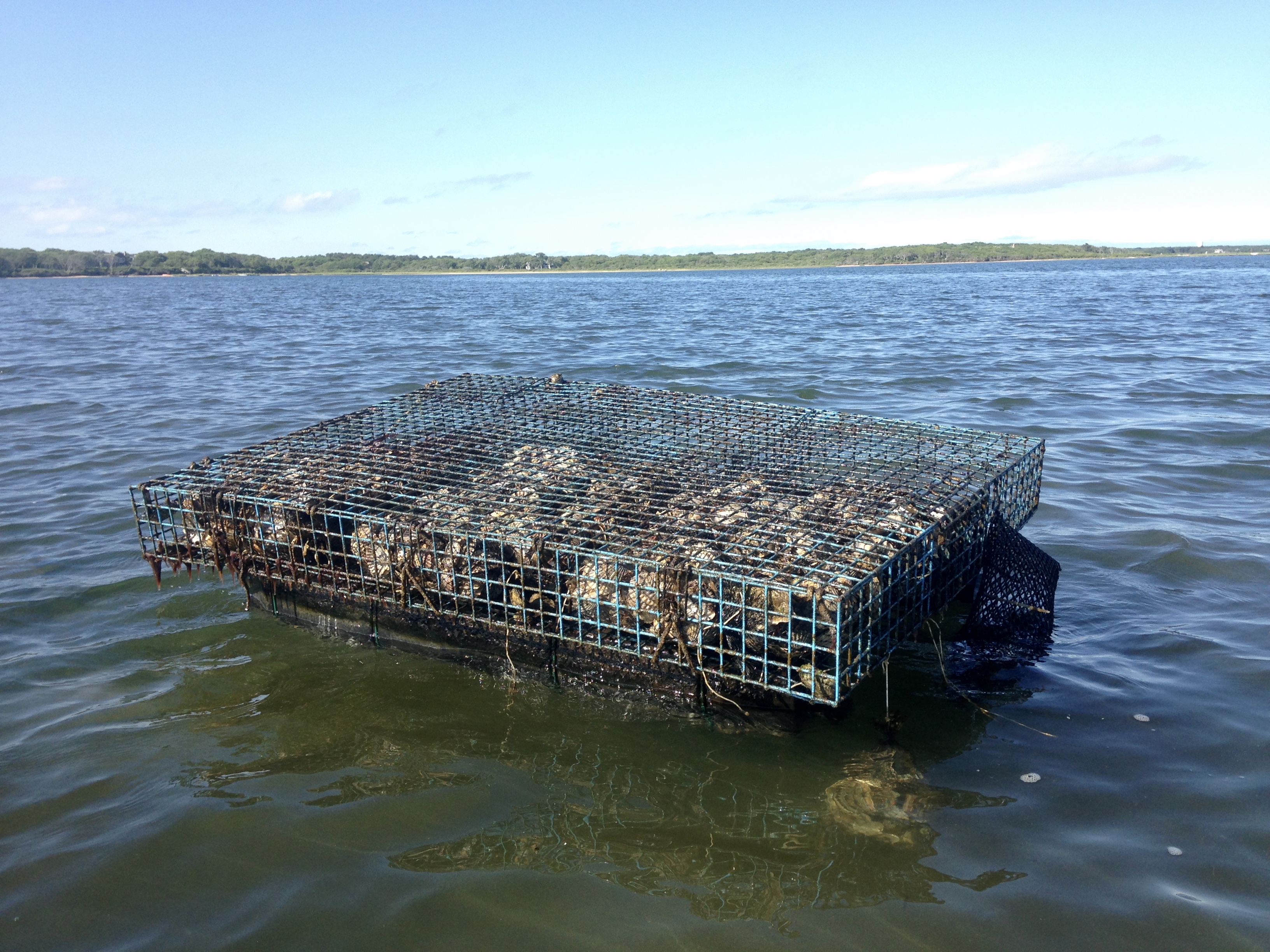 Over the last decade oyster restoration efforts have been underway in order to re-establish oysters to the Pond and improve the water quality and clarity in the most natural way possible. Each oyster filters 50 gallons of water a day and removes the excess nitrates, phosphates, and other “nutrients” out of the Pond. 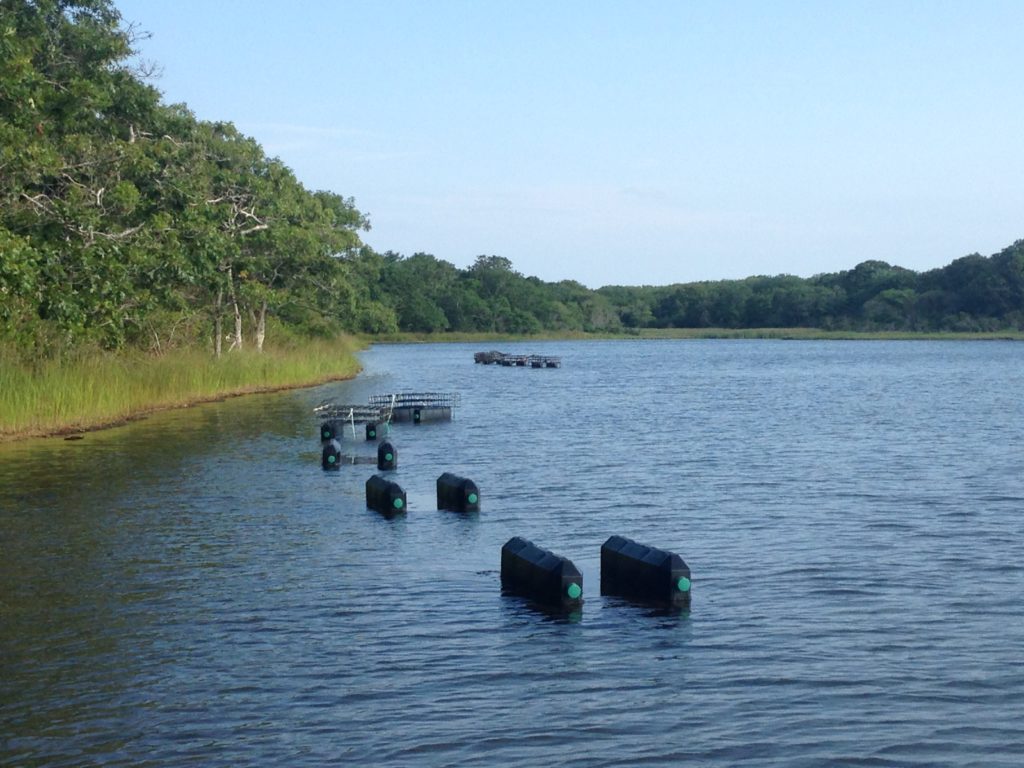 Through the efforts of Petie Jackson, a member of both the Martha’s Vineyard Shellfish Group (MVSG) and the Edgartown Shellfish Department, the amount of oysters in the pond has dramatically increased.  Petie joined the MVSG in June of 2015 and took over the implementation of the program at Edgartown Great Pond.  The restoration is comprised of 3 main parts: 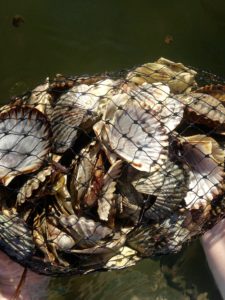 methods, oysters are being reintroduced into the Pond in the hopes that a sustainable population can be established. The addition of oyster cages to the Pond adds a more controlled environment for the oysters to grow and increases the amount of oysters filtering the water in the Pond. Oyster larvae, or spat, settle on hard substrates such as rock or shell.  By suspending oysters and shell in the upper water column in these grow cages, oyster spawning will occur more than once.  The oysters in grow cages are in surface water that warms up faster than the water at the bottom of the pond.  The oysters in the warm surface water will spawn before those located on the pond bottom, enabling at least 2 natural sets of spat in each part of the pond.  Buoy lines with shell bags add a hard substrate to which oyster larvae can attach, giving the natural oyster population a way to establish in areas that would otherwise be too sandy for oyster growth. By adding oysters to the Pond, the health and wellbeing of the ecosystem can be secured for the future in a sustainable way. Spreading shell to areas of the pond that naturally have soft sandy provides additional hard substrate for oyster larvae settlement. 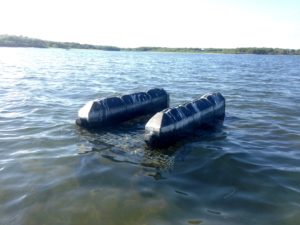 The remote tanks are filled with more of the shell bags, as well as spat provided by the MVSG. Algae is used to feed the larvae and this is done for about two weeks. Once the oysters are large enough to feed on their own, the baby oysters are placed in the cages to continue their growth.  These cages are strategically placed along the west coast of the pond (where it is sandy) and in the coves. Many of the cages are in areas where oysters had not previously been observed.