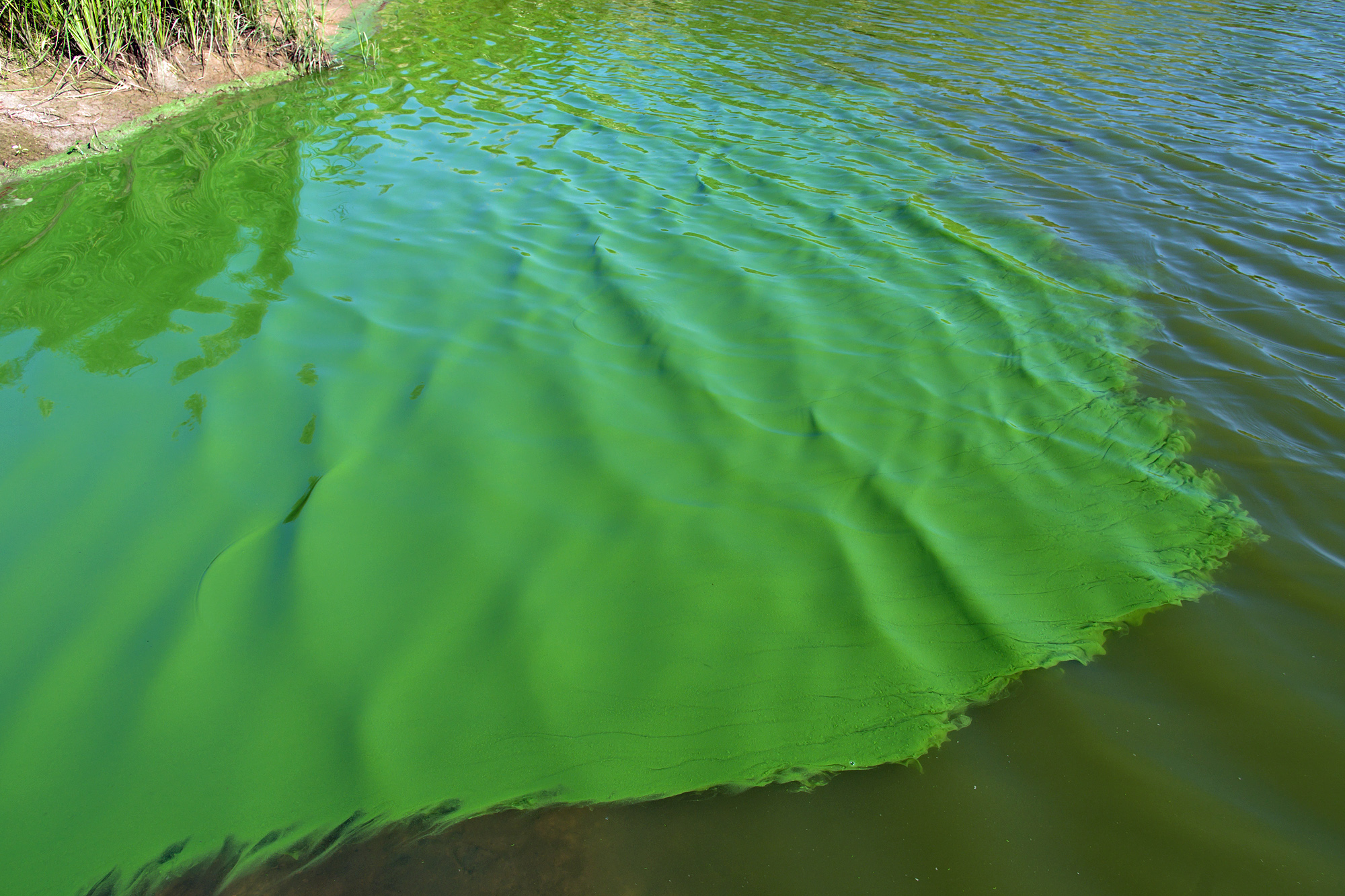 There are many species of cyanobacteria that produce toxins, often called cyanotoxins. Not all species are toxic, and the presence of a bloom does not always indicate that toxins are present. Additionally, there can be multiple strains of the same species, and while one strain may produce toxins another may not. Further, some species only produce toxins under certain environmental conditions. The only way to accurately know if toxins are present is to collect samples and preform laboratory analyses.

Cyanotoxins can be grouped into 4 categories (toxins in bold are most common):

Signs and symptoms vary based on route of exposure and the type of cyanotoxin present, but include gastrointestinal effects such as nausea and vomiting, sore throat, headache, skin rash, swollen lips and muscle weakness. Find a more detailed evaluation of potential health concerns of cyanobacteria by the state of MA here.

Human health risk from exposure to cyanotoxins during recreational water use arises via three routes of exposure:

A few studies suggest a correlation between ALS and BMAA, but causation has not been proven, and more recent science suggests that this connection is not real.

While the science is still emerging, the evidence linking cyanobacteria to neurological diseases is weak and BMAA is not monitored as a toxin by the EPA, WHO, or any state in the U.S. Here are the reasons the evidence is considered weak:

What is a cyanobacteria bloom?
What causes algal blooms & how do we prevent them?
Are cyanobacteria monitored on Martha’s Vineyard?