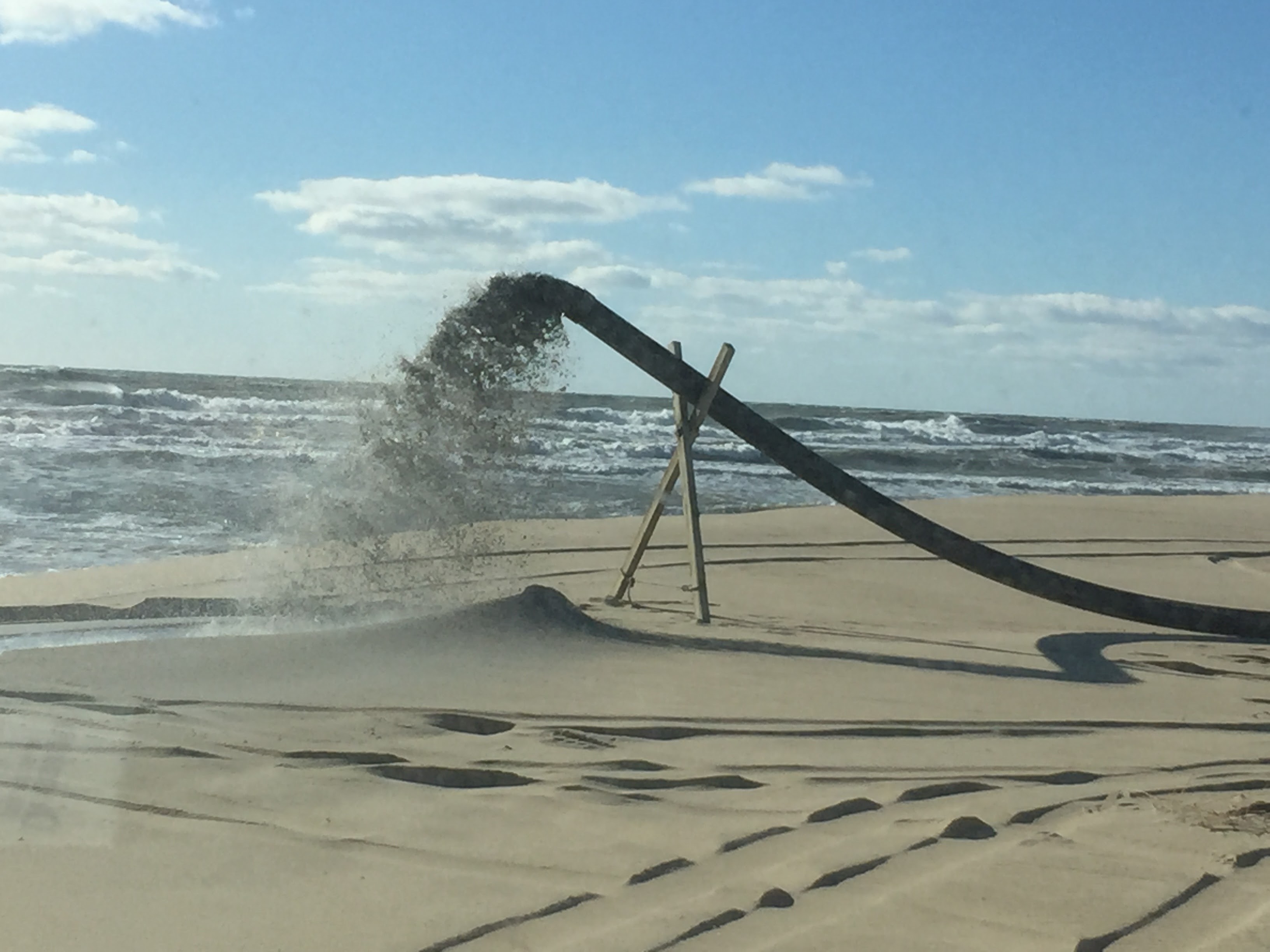 Edgartown Great Pond was opened to the Atlantic Ocean three times prior to the start of Dredging Season.  After a one-day false start on October 15, the barrier beach was successfully opened on November 6th and continued to flush until November 15th. Mother Nature lent a helping hand and re-opened the Pond, causing the water level to drop another foot between November 22nd and November 25th.  We began our winter dredging season with the Pond refreshed and at its lowest level all year. 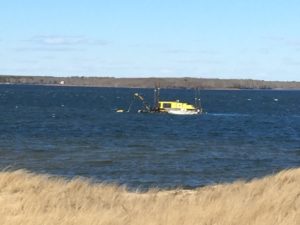 Nessie is currently at work and has been moving sand since December!

Steve Ewing, our Dredge Manager, reports that dredging began in December and continues. As of January 11th, Steve and his crew had operated the dredge for 24 days. In his report, Steve commented that the cost for repair, replacement, and maintenance of the dredge has proved to be money very well spent. “After some major rebuilding of the main pump and the hydraulic system over the last couple of years we seem to have hit a good stride. Tracy, our foreman, is a master of all things mechanical. Coupled with RA Mitchell, the pump outfit in New Bedford and Harbor Hydraulics, in Fairhaven, we have gotten a good handle on staying ahead of issues before they arise.”

Steve commends his crew for mastering the tricky art of dredging under difficult conditions. “Russ has really turned out to be a great lever man. There is a dance that occurs between the guy at the dump (the outfall end of the pipe) and the guy pulling the levers in the dredge. Too light and you get just water, too heavy and the pipe plugs up with sand. Tracy and Russ have found the right rhythm to maximize the amount of sand moved without straining the system. This is not easy work out on the water in the winter.

Looking ahead, Steve reports that the recently rebuilt main pump and hydraulic system are “running great” but notes that the turbo may need to be replaced next year. He also suggests having a stainless steel skiff to use during icy conditions. While our fiberglass skiff gets fairly torn up by the ice, a steel skiff could cut through the ice easily. (Steve has already sourced out a good price for such a skiff if approved by the Board.)