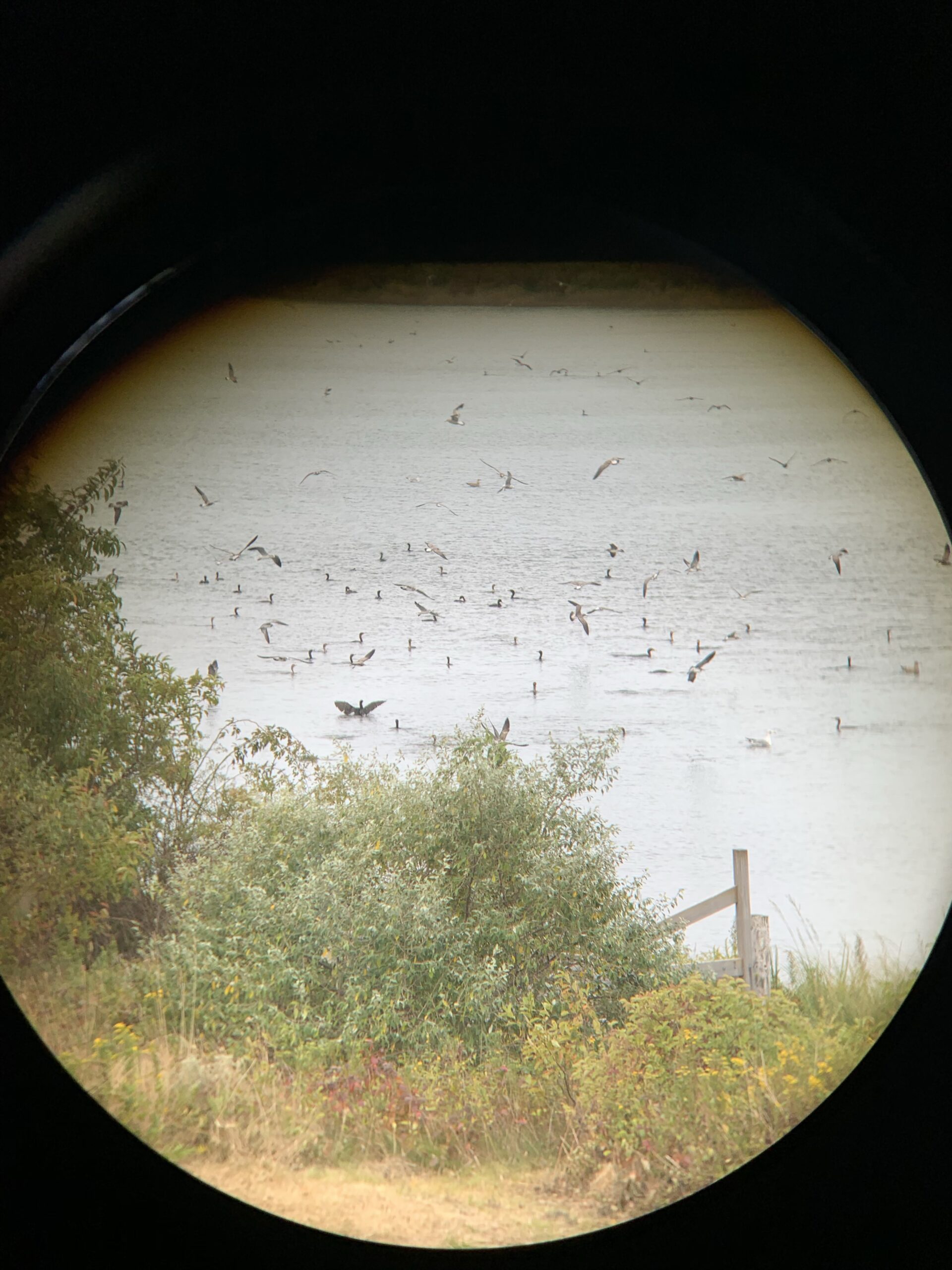 Good Eats in the Pond:

Curious what the birds and the big fish are eating in the Great Pond? Scientific Programs Manager and Biologist, Julie Pringle has the answer. Julie studied silversides during her graduate studies at UConn.

The diving and feasting birds are a sure sign that there are bigger fish feeding on baitfish. Fishermen often look for birds diving in the water, as it takes a lot of the guesswork out of finding fish. I’ve seen lots of fish feeding in the Pond recently, and I suspect the big fish are striped bass. The baitfish are likely a combination of Atlantic silversides and juvenile Atlantic menhaden, probably with some bay anchovies as well. Often the baitfish will be so desperate to avoid getting eaten that they jump out of the water and onto the shore. I wouldn’t be surprised if you found some fish carcasses on the shore of Slough Cove, as it looks like there were lots of predators, both avian and aquatic, attacking them.

Birds were observed feasting in Slough Cove on several days in September, 2020. There had been a steady northerly wind during that time, and perhaps the fish are entering Slough Cove to escape wind-driven currents in the Pond. Additionally, striped bass migrate south for the winter, and the recent change in temperature and reduction in daylight likely triggered them to start voraciously eating to prepare for their migration. Most striped bass will travel to Maryland, and they will spawn in the Chesapeake in the spring. The fish are temporarily trapped in the Pond, but when it is cut again they will be able to start making their way down south.

Here are some photos of the small fish the birds are feeding on: