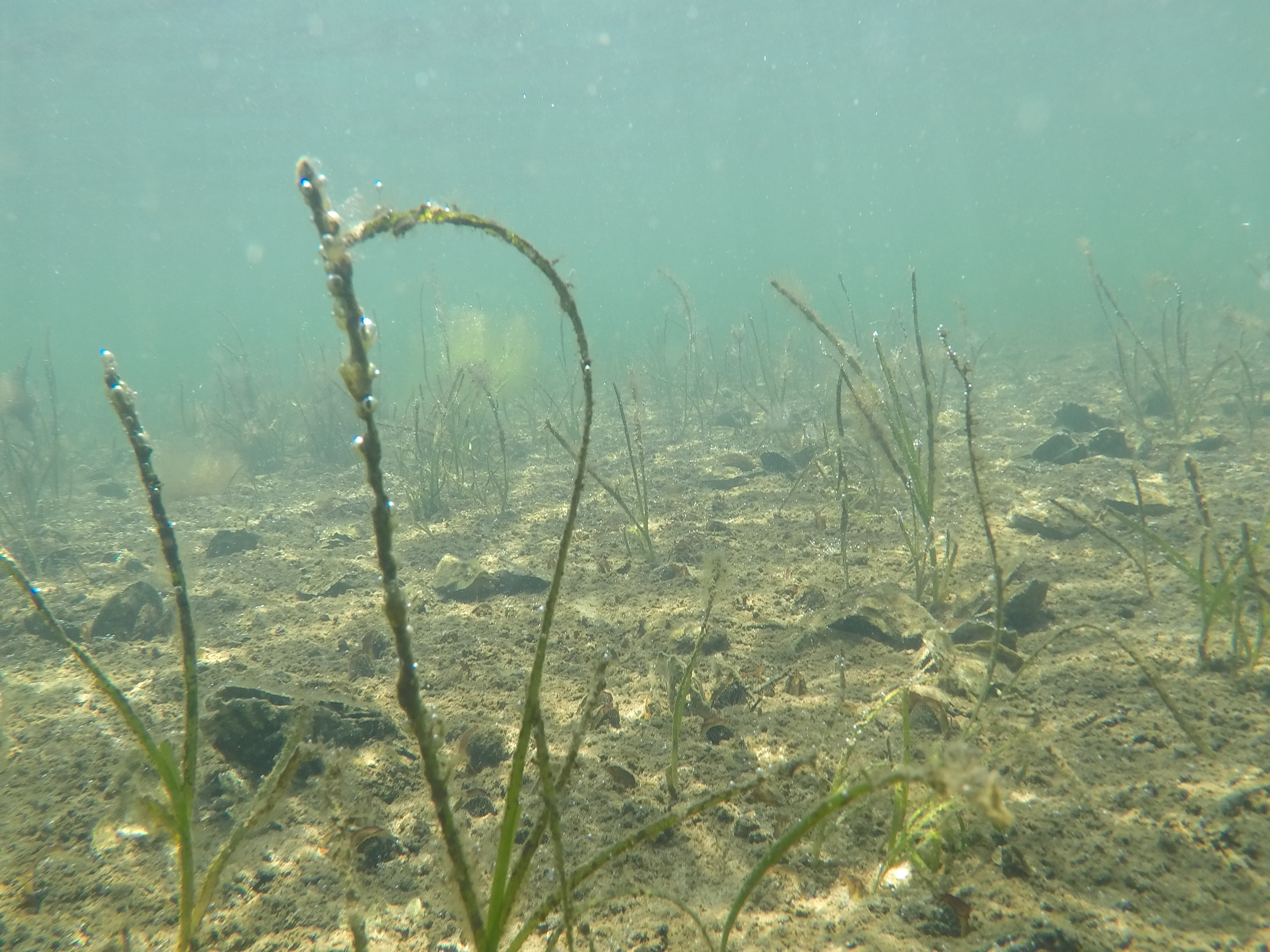 Water Quality Before & After the Cut

Cutting the barrier beach to flush out Edgartown Great Pond with water from the Atlantic Ocean has been used as a management practice for decades. In continuing this informed management of the pond, a cut was made this summer on June 29th, 2019. One reason for this is to promote ecosystem health. Ecosystems include both living (biotic) and non-living (abiotic) factors, which affect one another. By observing the abiotic changes that seawater brings to Edgartown Great Pond, we can infer the effects that it has on pond life. We will explore this by looking at water sampling data from Lyle’s Bay (Figure 1) before and after the cut. Keep in mind that this is short term dataset at only one sampling station. Sampling at numerous stations across the Pond, as Great Pond Foundation does biweekly, provides insight on the long-term effects of the cut and overall Pond health.

The most visually dramatic change is that the Pond’s depth dropped about 2.5 feet (Figure 2). This allows more sunlight to reach the Pond’s bottom, which is vital for eelgrass. Eelgrass is an aquatic plant that uses sunlight to create energy through a process called photosynthesis. When eelgrass photosynthesizes, it releases oxygen into the water which aquatic life needs to breathe. Figures 3A and 3B show eelgrass in Lyle’s Bay, and how depth influences sunlight penetration. The shallower water caused by the cut allows more sunlight to reach the eelgrass at all depths, resulting in healthier plants.

Another dramatic change caused by the cut is the Pond’s salinity. Salinity is a measure of the amount of salt dissolved in the water. Edgartown Great Pond is a brackish pond, which means it is a combination of saltwater and freshwater. Cutting the Pond and allowing seawater to flow in makes Edgartown Great Pond saltier, as seen in Figure 4A.

Salinity increased by 10 parts per thousand (ppt), to nearly match the ocean’s salinity of 32 ppt. Higher salinities allow oysters and eelgrass to thrive, which strengthens the Pond’s ecosystem. Oysters (seen in Figure 4B) help regulate water quality by filtering excessive nutrients out of the Pond, while eelgrass increases oxygen in the water.

Flushing the Pond removes nutrients (nitrogen and phosphorus) from the water, which are at elevated levels in the Pond due to lawn fertilizer and septic systems from nearby properties. The table below shows the nutrient concentrations in Lyle’s Bay before and after the cut. While required for living organisms, a buildup of nutrients can pollute the Pond. Excessive nutrients stimulate algal blooms, which cause oxygen depletion when the blooms end. When algae dies, the bacteria consume oxygen from the water as they decompose the algal biomass, leading to critically low dissolved oxygen.

Each cut stays open for a different amount of time. When this piece was written, the cut is still open but in the process of closing.  When a cut is open the Pond becomes tidal, which flushes out the Pond with seawater, as seen in Figure 2. Based off of what we have seen so far in Lyle’s Bay, this summer’s cut has been a success for the health of the Pond.